"We will explore the research, development, technology and performance of balls as they spin through our sporting lives, bouncing evenly, spiraling tightly, and careening off our feet, bats, racquets and clubs."

this is the happiest and grumpiest ive been in a long time. ive never wanted a yin yang tattoo more in my life than right now.

im finally doing something about my screen printing interest, thank you pro for learning me.

i hope everyone is careful/warm tonight.


ps. i bought a jacket today!

i lied about this being an all drawing journal.

my new work is rad, examples...
a.) the entire side of our office is glass. were on the third floor and just about every morning a bird breaks its neck from slaming into it. ive counted 8 so far. b.) they love to eat, the first day i was there i found 4 pies in the kitchen. c.) they love to drink. "i thought these drinks were for pussies"_rene cruz at happy hour pouring his third drink.

i took my first roll of film in years...ive yet to develop it. i have no clue how to really take pictures, theyre more like snapshots.

ive become obsessed with moleskine pads, i want everyone of you to go and get one.
http://www.moleskines.com/index.html 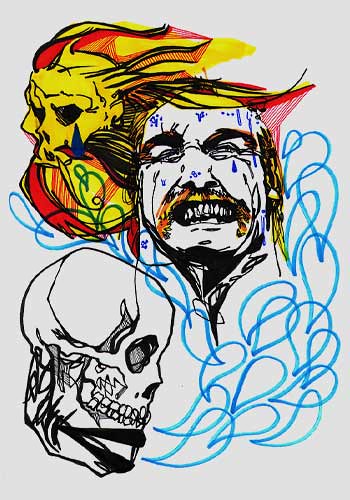 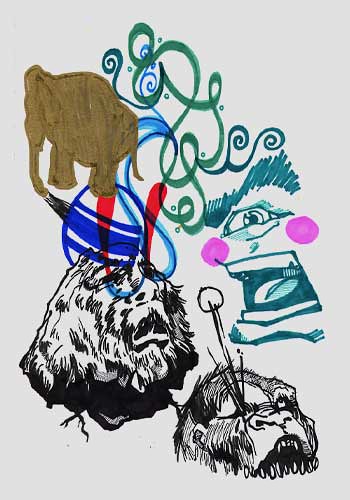 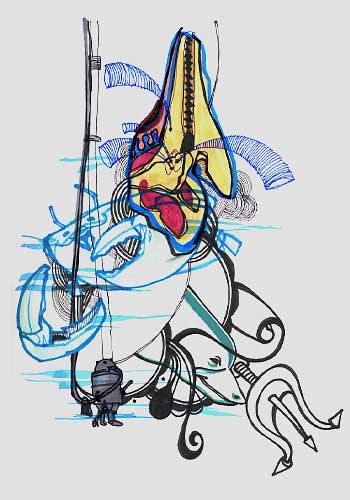 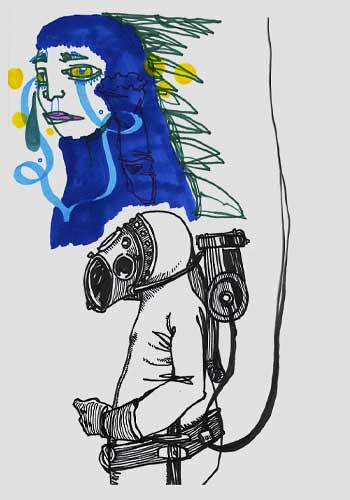 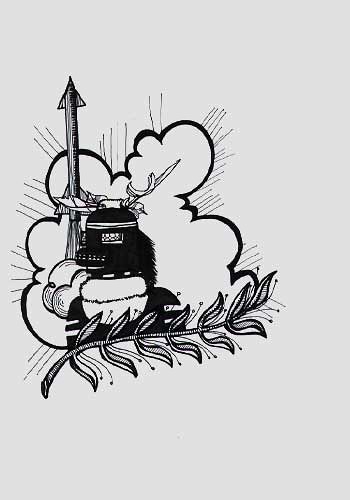 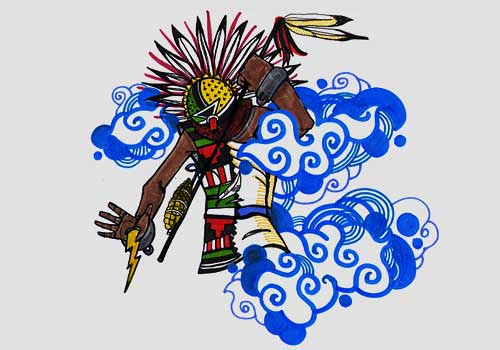 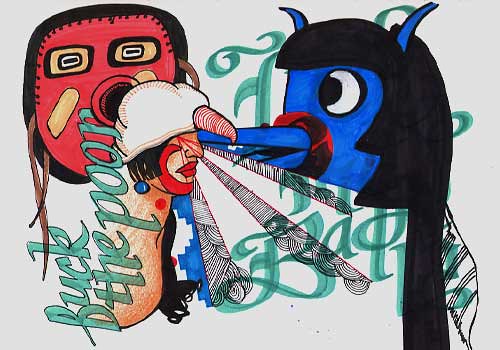 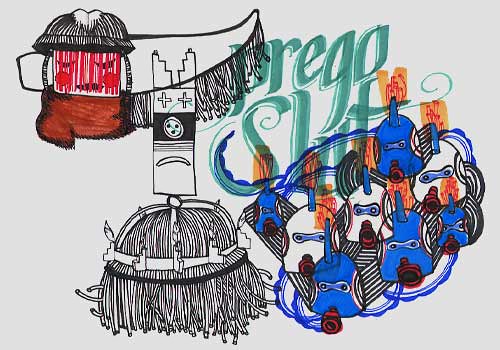 im changing the format of this LJ to sketchbook only.
i started a new one lastnight. 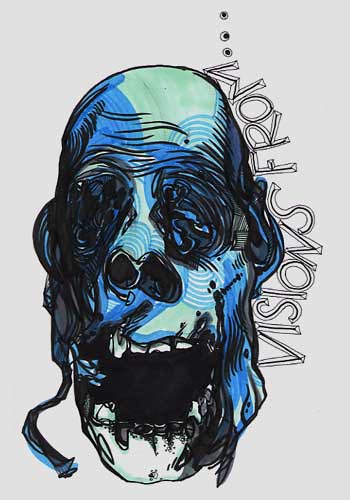 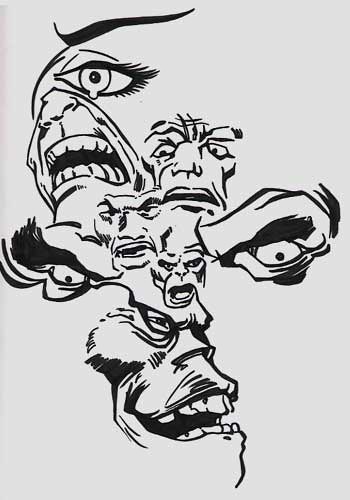 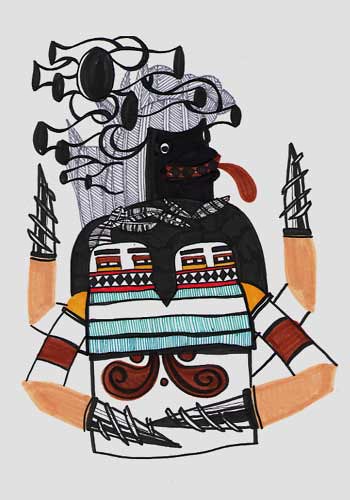 as of today, im the new sr. designer for limbdesign.com
its going to be alot of work, but its a step i might as well take if im going to be a designer when i grow up.


ive also put somewhat of an art site up finally. some of my more recent drawings...thats all i do these days. rachelle, maria and i have our 2nd big show together in febuary at csaw and im pretty much done with the concept. its going to be awesome to start working on it months before.

how the fuck did i get a hangover on jelloshots!? 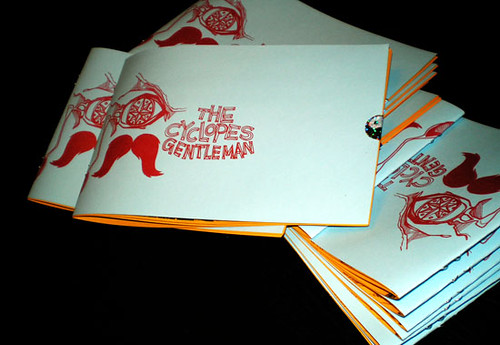 i think im selling these at the domy starting saturday. they are sealed with yin-yang stickers, go buy one. i finally found a formula to these...not one to get them done, but to keep me satisfied with them. im learning that having an idea done and tangible is way more valuable than having it perfect. perfect never gets done. this new found common sense is going to allow me to finish tons of projects ive had on the back burner.

i tried my best to contribute to the LUCK OF THE DRAW show at diverse works, but no one bought my portrait of god...listening to a speaker. the best drawings, were from all the people i knew, that kinda ruled. (kitty vs dino)

last month a design firm in milwaukee saw one of my drawings on myspace. they sent me an email about using it for a non-profit campaign, of course i agreed after doing some research on them. a few weeks later i get a check for a grand from them saying that was their "art budget" for the project! some people on myspace get murdered some get paid.

next week im almost positive that ill be offered a new design job. i was asked to come in (for a second time) to talk to the human resources people...why would i talk to them if it wasnt about asking me to join? im so excited it was the only place i really liked. our first interview ended with us all having breakfast tacos and making fun of Mattress Mac (who walked by, apparently he films his commercials right next door.)....DREAM JOB! the current office is only temporary til the building on houston and washington is ready. ill be so happy to leave a place where politics outweighs everything under the roof. ive been here for three years, however the last one makes it seem like six.

has anyone seen the Guns, Germs, and Steel documentary? you have to!
ps.
thank god for project fuckin runway!

i finally saw the proposition lastnight.
it was incredibly well done, i dont ever remember blinking.

one thing i notice was the music, how perfect it was.

im still having a hard time with who was righteous and who was wicked. in fact, i dont think this movie works that way.

the gore was insane!
when you got shot then, all you were left with is blood, sand and i pile of tissue and fingernails that used to be your hand.

i suggest you catch this one in the theaters.

i expect to be interviewing soon, finally.


BIG UPS TO MY PEEPHOLES IN LOCKDOWN!

i guess i know what im doing this weekend.
this is the last step for me getting a new job.
once hired im going to come back and "ben franklin" my boss in front of a mirror.

i finally watched one hot american summer.....i think i might have gotten the remake that isnt as good. i dont know, i guess i just expected so much. the funny parts were too far apart, the bad jokes were too awful, even for irony. i didnt even finish it. blame the hype.